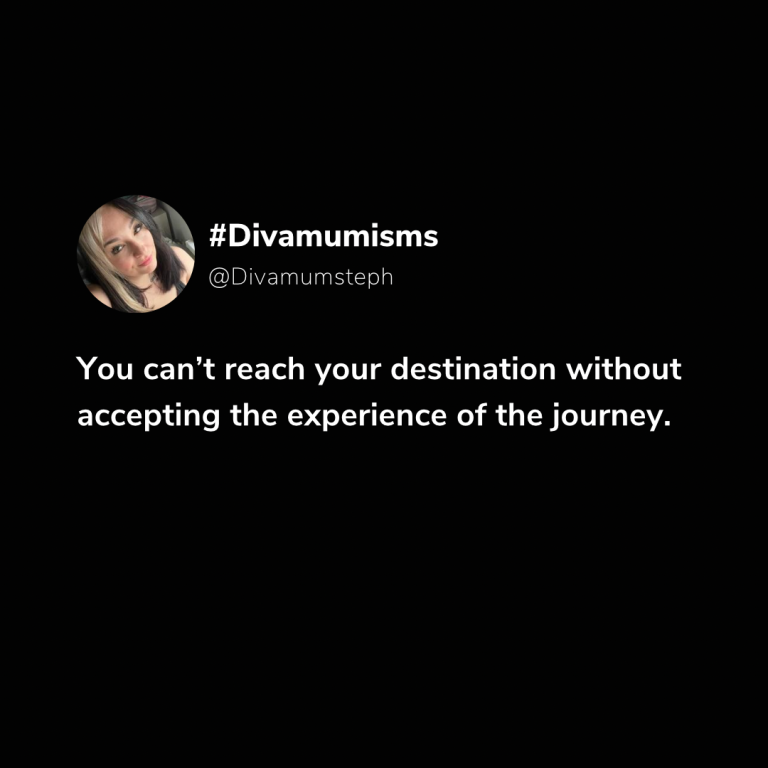 I’ve mentioned on my socials recently that I’ve become more accepting of certain aspects of my life. First and foremost I’ve accepted the fact that I am disabled. It’s taken me seven years to fully get on board with the idea that this is something I must accept. In fact, my acceptance came very recently whilst attending a course of Dialectal Behavioural Therapy. One of the sessions was based solely on radical acceptance and what it means.

In a nutshell: Radical Acceptance is a skill in Dialectical Behavior Therapy (DBT) that helps people learn how to accept very painful events, challenges, people, or aspects of their life. It’s one of the skills found in the Distress Tolerance module of DBT.

Radical acceptance for me personally has been about the above, accepting my illnesses and the fact they are life limiting, but that there are still moments, days, weeks, that are good. Sometimes even great. Radical acceptance has also played a role in how I relate to my pregnancies, my early motherhood experiences and things in my past that I cannot change. Major regrets and mistakes that I have made that have played an overwhelming role throughout my life.

So are you saying we should accept people who treat us badly, or forgive ourselves or others for things we’ve previously felt were unforgivable?

No. Foremost, radical acceptance doesn’t mean forgiveness. You can regret something you have done, dislike the part of you that did it and still accept that it happened. Similarly with actions of others. For example if you’ve been in an abusive relationship and your partner has hurt you badly, radical acceptance isn’t about forgiving the person who hurt you, or continuing to accept abuse. It is about accepting a situation, to help you gain the most peace and enjoyment from your life. If hatred for that abusive partner is eating you up, or if because of the trauma you suffered, you’re too scared to go out, practising radical acceptance can help you move forward to live a life more inline with your personal values. You do not have to forgive someone’s mistakes, you just have to stop letting them take up space in your head. I know it’s not easy. Another example for me: I have many regrets but one in particular has been eating away at me for over a decade. Everyday I was continuing to punish myself by telling myself I was not a good person. My ruminating became so bad it was affecting my parenting, I was having daily panic attacks and feeling as if my family would be better off without me. When learning about radical acceptance the psychologist advised me that I didn’t need to forgive myself, I could still hate what I’d done and understand that I could not change it. I could accept that it happened and try and build a life for myself, or I could continue to ruin my life by going over and over the same thing. In doing the latter I was hurting my family because they were worried for me, and that only served to make me feel more guilty and unloveable. RA is complex at first, but once you come to learn more about the concept, practice radical acceptance of the little things, like spilling cereal all over a freshly washed floor, the easier it becomes to do it with the big things. Like me with my regrets and my health.

Another one that I’ve been practicing (if you’ve been following my blog for sometime you may have come across me talking about this before) is the acceptance that sometimes people won’t like me and there’s absolutely nothing I can do about it. I don’t like everyone, in fact I’m quite selective in the people I call friends. But when it comes to others not liking me, I have been known to take it really personally. I’m not sure why, maybe it’s an abandonment thing, or a need for external validation. Anyway, the point is radical acceptance has helped me manage the impact of this and get outside of my own head.

If it were that easy we’d all do it

I know. And it isn’t easy. Therapy never is though. I think the first thing to remember with RA is that it’s about not fighting with your reality. Not actively trying to overcome something. Instead allowing the feelings you have about it to be there, but not take over. One of the psychologists on the course I attended, gave a good example of how to practise RA in the everyday. She used the analogy of being late. You know you’re late, you could stress and rush to get to your destination faster but you’re still going to be late. And if you stress and rush you’re likely going to feel worse. So accept that you’re late and are still going to arrive late, but this way, hopefully in a much calmer state.

The idea of practising radical acceptance isn’t to negate every bad feeling you’ve ever experienced, but to better manage those feelings when they are taking over your life.

Try it with the small stuff, and if it feels too traumatic to build up to the big stuff on your own, consider a course in dialectal behaviour therapy. My personal experience of DBT is that it’s worth it’s weight in gold when learning to manage painful and intense emotions. Being a big ol’ bag of emotions almost permanently, it’s been a freeing and life changing experience for me.