I’m getting married, to my best friend, in January. We gave ourselves 6 months of planning only, and here we are 3 months into this planning and of course stressed beyond belief but equally excited.

I decided to do a little research for this blog by speaking to ladies who are already married about the things that stressed them out the most during planning, and the majority of answers were the same. Friends or family (or both) who didn’t fully support them. Mother in laws being too interfering, some even said their own Mother’s drove them mad. I feel lucky I’ve not encountered problems with either Mum or MIL both supportive of our decision to go away and get married on our own. Also on the list of things causing chaos was sweating the small stuff, colour schemes, and table decs etc and this I really relate to. I’ve collated some of the answers I collected and added in some of my own experience so far to create this blog but the disclaimer is that not everything I’ve written is from personal experience even though most of it is written in first person narrative. 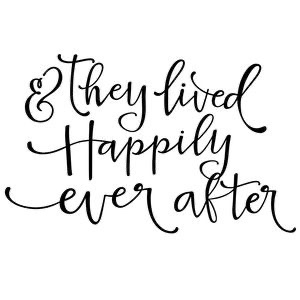 Everyone has their ideal day mapped in their minds. It’s something we are programmed to dream about since day dot, or at least it was if you grew up female in the 80s/90s. When I first started envisioning my wedding it was a lavish affair. But, that was when I was imagining marrying someone else, who paid me zero attention so the only way to draw any would of been to make myself centre of it. Don’t get me wrong every bride deserves to be centre of attention on their wedding day, but what I mean is, during that relationship that would of probably been the only time I was centre of his anything unless it was amidst a screaming match.

Now I’m marrying my best friend and I’m always centre of his world, and him mine. He is a douche bag, who infuriates me with his horizontally relaxed ethos and lack of ability to make a decision, but he also puts up with me and my unhinged personality so I’d say we balance each other out. Yin and Yang if you will.

When we got engaged it was special. As you imagine it should be, a Christmas affair in a lovely stately home style hotel, with a roll top bath and hot tub on our balcony. When we eventually made the decision to get married two years after our engagement, it was special on another level because we both decided there and then that we wanted it to be just about us. There was no pull as to who wanted what, because we wanted the same thing. So when we tell you we’re going away to get married on our own, We’re not inviting you to give us your opinion on why we should do it differently. In fact the first time I heard ‘I wouldn’t do it like that’ (and believe me I have heard it, more than once) I was quite shocked and remember thinking, good job it’s not your wedding then love!

Wedding’s are occasions that vary in design, expense, cultures, lavishness and numbers. They are unique to two people who have chosen a way they wish to cement their love. Sounds cheesy but that’s the long and short of it. Let them have it their way. Weddings are important and the fact you’re being invited to share in celebrations with people, means they think you’re important too! One of the common themes these brides found when planning was, they were made to feel guilty in some way for some of their choices.

I thought before writing this that it would go without saying, to not to make the bride and groom feel bad about their decisions. Whether it be because they haven’t managed to organise their hen and stag doo around your family holiday. Or because they have chosen a main course you’re not keen on for the wedding breakfast. Or because their dream venue isn’t somewhere you’re able to get to on foot. Your mum is moaning auntie Doris who’s 86 (and whom you haven’t seen for 20 years) won’t like the music you’ve chosen for the first dance. And why haven’t you invited your dad’s cousin Jeff and his wife, just because you don’t see them ever doesn’t mean they wouldn’t want to come. So you’ve invited that person but not that person?

Don’t make the happy couple feel awkward for not inviting the boyfriend or girlfriend you’ve only been seeing for 5 weeks, or your child. Because there are probably 30 other short term boyfriends and girlfriends not invited and 100 other kids staying with babysitters.

When asked how they came to choose their preferences of not inviting these people the common answer was along the lines of: It’s not because they hate your kids, it’s more likely to be because they don’t want you to have to be a responsible parent at their party.

So they haven’t put on a coach for you to get home. Sorry about that, the money has probably gone on welcome drinks instead, or maybe bridesmaid dresses, or wedding favours. It’s one day in their lifetime (and yours) you may have to spend a bit more than usual on getting to a gathering they’ve organised.

Another common denominator amongst things that upset the bride were, bridesmaids moaning about their dresses, guests not bothering to R.S.V.P (it’s stressful when we don’t know average numbers) and people being too casually open when giving their opinion on your choices.

You don’t like the colour scheme, has she not seen Wedding House? Gold doesn’t go with pink for goodness sake. The wedding dress isn’t something you’d be seen dead in, and what do you mean she’s doing her own makeup? ON HER WEDDING DAY? You wouldn’t do it like that would you? Maybe you’re already married and you did it differently, or maybe it’s not what you’d choose for your upcoming nuptials but this day, this day your friends’ have chosen, gone to great lengths to plan and invited you to share, it isn’t your day is it?

Maybe, like me, you’re a bride who’s a bit disappointed in the groom’s lack of interest in colour schemes and balloon arches, and you can feel bridezilla creeping in as the date draws nearer…. I mean for fuck sake can you just paint some pine cones and help me! A friend of mine recently said to me in a bid to chill me out, that maybe it’s because all he’s interested in is making you his wife and shouting about it with a toast of his favourite tipple. (What a lovely way of looking at it.) He’s marrying you, try and remember that!

According to the women I asked there is never a day where a woman feels as insecure yet equally as confident, as that of her wedding day. I may change my opinion post wedding as mine hasn’t arrived yet, but how I feel now as a bride to be is more on the insecure side and it doesn’t help when I have everyone asking me if I’m on a diet for the big day, no I’m eating my way into my dress thanks, fuck off.

If your a friend of the Bride’s she may be feeling like this too. Don’t add to her rollercoaster of emotions by giving your opinion about her choices unless it’s helpful, or she asks for it. To say you don’t like the bridesmaid dresses she suggested for you is not only in bad taste but it’s also not about what you like. Unless it looks atrocious because it doesn’t fit or it’s totally the wrong shape for you, the colour and style doesn’t have to be yours, because it’s not your wedding. A bit like when she gives you 3 months notice for a dress fitting you can’t make and you’re compelled to tell her you’ve had to ask your mum to have your kid for an hour or you’ve taken a half day at work. She doesn’t need to know that and deep down you know she’d do the same for you without making you feel bad about it. Have you ever heard of groomsmen moaning about the dates of the suit fitting, or the colour of his cravat? She’s chosen you to be part of her big day because she loves you, and because you love her you’ll let her have what she wants for one day in her life. She’ll return the favour for you, because that’s what friends do.

Weddings mean different things to different people but to everyone I’ve asked they’ve all said important things for them were having their friends and family celebrate with them, and loving the person they were marrying. They all said they wished they didn’t get so irate about flowers and table plans, but put their foot down about the things that’s were important to them. They just wanted to have fun and realised nothing small mattered on the big day.

Newlyweds want you to be sincere in your presence. They want you to get behind their marriage and root for them! Cheer from the sidelines and pat them on the back in taking the next step with their relationship. They’re in love, so help them celebrate that by being their cheerleader. Even if on your day your dream is as different to theirs as land is to sea. For just one day be part of someone else’s dream.

1 thought on “It’s not your wedding.”