I was going to start this post with ‘Once upon a time’ but instead I’ll just say….

A long time ago, on a Monday morning after drinking heavily on the Sunday I arrived at my friends house to make the 15 minute car journey to work. It was probably some time in spring as the weather was just warming up but I was wearing a scarf. When I got to work, I was pulled into the office and questioned over why I was trying to hide love bites with a scarf and how highly unprofessional it was for me to be so crass as to bring my personal life into work by way of hickies.

Accept I wasn’t hiding love bites, I was hiding handprints from the epic scrap I’d had with my then significant other the night before.

That soon became a regular Sunday night occurrence and Monday morning chastisement in the office! It almost cost me my job and certainly cost me my sanity, integrity and self respect.

During the course of that relationship and the situations I found myself in since its end, I had lost all hope of ever reclaiming normality.

I didn’t know what a normal relationship was, one where two people love each other and don’t call each other cunts on the regular.

One where you go on holiday, do nice things together and actually enjoy it. One where you compliment each other and it’s not always just because you’re after a drunken shag, or because you’d given the other a slap and needed to redeem yourself.

I thought that shit was just for show, nobody actually MEANS it when they say they love you, it’s all bollocks and everyone goes home shuts the front door and screams at each other and smashes the house up after a few wines.

What do you mean he trusts you and you trust him? Don’t be so fucking naïve hun.

But it was me that was naïve. It was me that didn’t know how to be in a relationship. I can’t blame anyone else for that fact as I did some fucked up shit during that period of my life all on my own.

I gained nothing during that decade accept for a bad reputation, one I’m still trying to lose.

I was jealous of mostly everyone and their happiness. I tried to kill myself on more than one occasion, a cry for help, is what it was referred to, and I hurt the people who actually did love me.

So when I met my now fiancé and he was nice, I thought he was a fucking weirdo to be honest.

Little did I know 6 years later and we’d be a family of three planning our wedding. I never thought I’d get married. I didn’t think I was worthy enough to be loved and I still sometimes question his sincerity. Not because he makes me question it, but because below the surface that girl

who doesn’t believe she deserves to be loved is still there, telling me I’m worthless.

I’m not worthless though, I’m a survivor, and I’m trying every day to be a better person. Old habits die hard and I won’t pretend I’m remotely saint like, but he knows that, and loves me anyway.

So aside from feeling worthless I also feel so very lucky, not only to have met a man that treats me with compassion, but lucky because of my struggles. I’m lucky because I came out the other side. I’m lucky because all those shitty fucking years, were valuable lessons, paving the way for better ones.

They say everything happens for a reason. I’m not sure if it’s true, but in this case it certainly taught me a lot about love. Love you Shaun. Thanks for having me. ❤️ 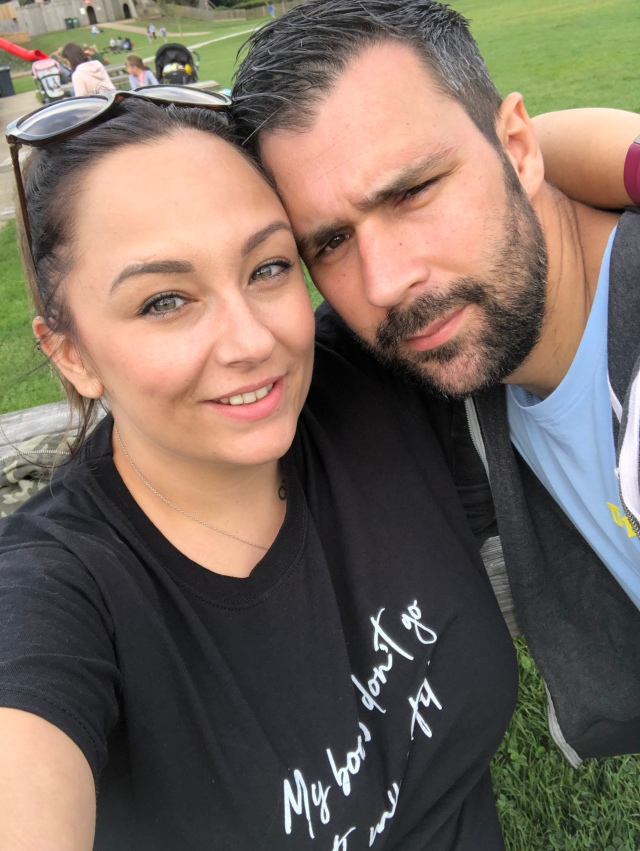