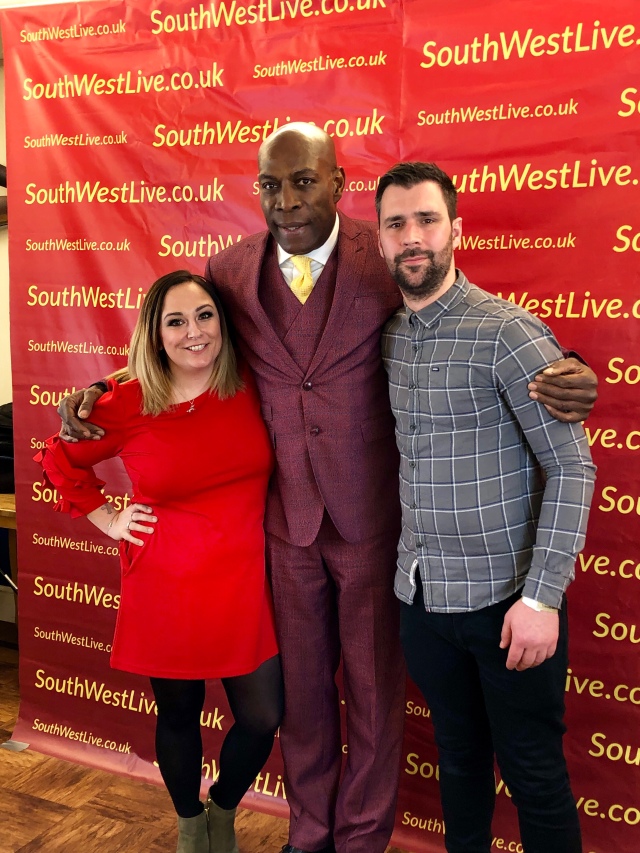 On Saturday the 2nd March I had the pleasure of attending an evening with Frank Bruno. Being an avid boxing fan I was excited to hear about his bouts against the greats, such as Mike Tyson and Bone Crusher Smith, and of course his amazing win of the title against Oliver McCall. When these fight’s originally occurred I was very young so didn’t watch them first hand, I do however remember Mike Tyson Vs Frank Bruno 2. Purely because it was strange to have this on in my nan’s house, but there she was up late in all her glory on the date of 16th March 1996 with a Tia Maria in hand, watching this brutal rematch that would see Frank defeated a second time by the animal that is ‘Iron’ Mike Tyson. Hearing Frank speak honestly about these fights often with huge respect for the other fighters was fascinating. Even after the grudge match with Lennox Lewis, Frank regarded him with respect. He also talked about current fighters such as Chris Eubank Jnr and Tyson Fury. 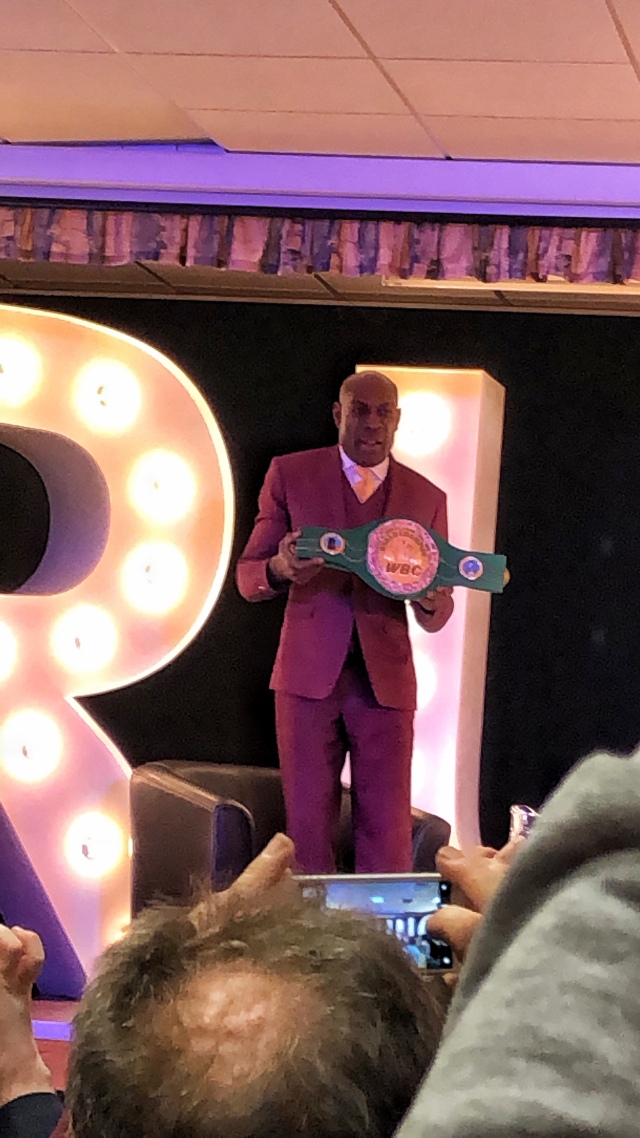 But for me, the most fascinating, heart wrenching and humbling part of the evening was hearing Frank talk about his battle with Mental Health and how he started the Frank Bruno Foundation, in a bid to ‘knock out’ the stigma that still surrounds mental health today. Frank spiralled into a depression after retiring from the great sport and following the break down of his marriage. He was victim to phone tapping and harassment from the media that made him feel as though he was ‘going mad.’ He was eventually sectioned for the first time in 2003. For years following this he suffered a long and debilitating battle with mental illness and described it as his ‘toughest fight.’ When asked how he overcame his demons, Frank’s reply was ‘I haven’t, but I fight very hard, I use fitness and determination to keep me going.’ I think that’s a really important message for anyone who thinks mental illness is some kind of excuse or elaboration, and believe me, sadly those people do exist. I urge those people to read Frank’s latest book Let Me Be Frank and then decide if you still feel this is some glorified publicity stunt. This is a man who has battled with some of the toughest men in history, but found battling with his mind so much tougher. You have to admire his strength and determination as well as his courage to speak out.

After the show on Saturday we had a photo opportunity with Frank so you can imagine my excitement. I patiently awaited my turn, thinking in my head of something to say, it was probably going to be the one and only time I got to speak to him so I wanted to say something memorable. Frank talked during the evening about his battle with antidepressant medication and how he was now 4 years medication free, I wanted to tell him about my own battle trying to withdraw from the same type of drugs, but there wasn’t enough time. All I was able to stutter when my turn came around was ‘Frank, I’m so excited, shit, everything you do for mental health is amazing’ and I truly meant it. For someone in his stature use his voice to promote health and well being for people who suffer mental illness is truly commendable. We all battle demons from time to time but we tend to put celebrities on pedestals or misunderstand their motives. Frank now has his own charity in The Frank Bruno Foundation and that charity works hard to really help sufferers. He makes no excuses for his illness, blames nobody for his failings and refers to his dad as his ‘hero’ it was a truly inspirational evening and I felt privileged to have been there, obviously I paid a premium for that privilege but it was worth it. It’s a night I will probably remember for the rest of my life. I think I may have found a new hero myself.

His parting line after being asked ‘ Who hit you the hardest Frank?’ Was ‘The Taxman.’ What a legend.